That’s a funny Onion t-shirt (I think it may originally have been a headline with no article, just a photo — brilliant).  It definitely evokes Pot Luck these days.  In other words, he is thriving: he’s a real tussling, pouncing, biting fighting kitty now.  He’s off the bottle and eats slightly diluted canned food in a dish.  He still lives in the bathtub but usually when we’re home we let him wander around.

My pick for the funniest thing he does is tussle with my Croc.  I’m not sure why he likes/hates it so much — I suspect that the rubber is a nice consistency to bite.  He stalks it and ends up entirely inside it, kicking and squirming, as if it’s a little boat or space ship or something.

Another hilarious thing is when he’s in the middle of some energetic tussling, suddenly runs out of steam and falls asleep lying on his back with his paws in the air.

Here’s a nicely diabolical shot (taken by my laptop as Sarah’s camera charger has been misplaced): 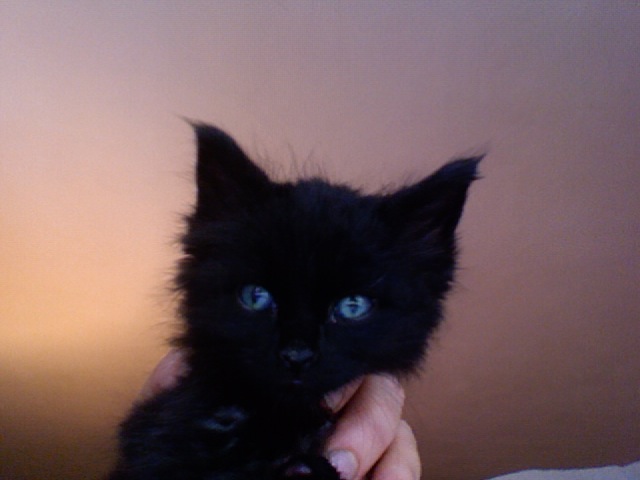 2 thoughts on “Kitten Thinks of Nothing But Murder All Day”