I emerged blinking and slightly dazed the other day from Joyce Carol Oates’ big novel based on Marilyn Monroe’s life, Blonde.   I got the idea to read it from the recent interview with Oates in the Times Book Review in which she comments,

I can say that the novel that exhausted me the most, wrung my emotions the most and left me determined never again to write a thousand-page novel with a sympathetic protagonist who must die on the last page is “Blonde,” imagined as a tragic-epic of the life of Norma Jeane Baker/“Marilyn Monroe.”

My edition was 738 pages, but it actually went pretty quickly for such a doorstop.  I’ve never been all that fascinated by Monroe, and didn’t know the details of her biography all that well beyond the broad strokes; not sure if that was an advantage or the opposite for reading this.  I’ve also only seen a few of her best-known movies e.g. (of course) Some Like it Hot, and the novel makes you see that movie a bit differently.  I did constantly find myself wondering to what degree various details were accurate, based on reality, or simply made up.  For example, for a long stretch in the novel “Monroe” maintains a kind of menage a trois relationship with the embittered sons of Charlie Chaplin and Edward G. Robinson, which is treated as a hugely important relationship for her, but as far as I can tell this is all in the category of unverified rumor.  I would have liked an annotated version of this novel with footnotes explaining what Oates is doing with the known facts and how she’s entering into Marilynology and engaging with the mythologies.  (Oates depiction of Marilyn’s death is pretty bold, for example, and could fall into the category of conspiracy theory.) 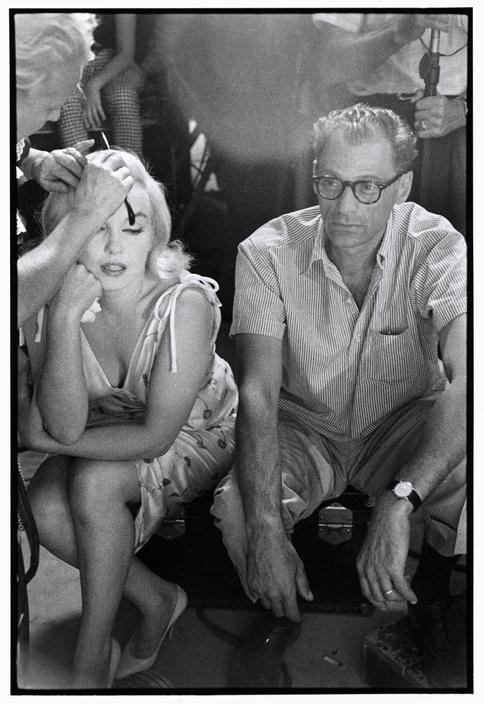 The novel sometimes brings to mind Nathaniel West and Bruce Wagner in its mostly nightmarish depiction of Hollywood and of Marilyn/Norma Jeane’s exploitation.  Even to call her Marilyn can feel like participation in that exploitation — she never liked the name and, in the novel, never really accepts it as her own.  The original reviewer in the Times back in 2000, Laura Miller, claimed that “‘Blonde,” although sometimes sloppy and sentimental, is perhaps the most ferocious fictional treatise ever written on the uninhabitable grotesqueness of femininity.”  That’s a pretty strong claim, but I don’t think it’s absolutely over-the-top. Oates’ Norma/Marilyn is a bottomlessly needy creature shaped and deformed by her desirability.  “Men’s eyes.  The hawk plunging its beak into the songbird’s breast.”  She is transformed and vivified and also destroyed by the camera.  Oates depicts her as seemingly in a “panic-fugue state” half the time, fundamentally bewildered by her own effects on men and viewers.  Watching herself in The Seven Year Itch: “maybe she’d been exhausted by melancholy, a combination of Nembutal and champagne and the strain of the divorce, and she’d seen the giant Technicolor screen in a haze as if underwater hearing laughter around her buzzing in her ears and she’d had to fight sleep in her gorgeous stitched-in body in a strapless evening gown so tight in the bust she could barely breathe, her brain deprived of oxygen, and her eyes glazing over inside the ceramic Marilyn mask her makeup man Whitey had sculpted over her sick sallow skin and bruised soul.”  I guess that sentence also typifies the rather hysterical pitch of the incantatory prose, which is often “too much” for sure, but generally in ways that fit the subject.

Another somewhat exemplary passage (not that the entire book is so horrific) that reminds me of Ellroy’s My Dark Places: “These killings in Los Angeles County, there’d been another one last month, a ‘red-haired model’ the papers described her, only seventeen years old.  Sometimes the murderer buried the girl in a ‘shallow grave’ and rain washed the sandy soil away to expose the body, or what remained of the body.  But no harm had ever come to Norma Jeane.  Each of the eight or nine or ten raped-and-mutilated girls was known to her, or might have been known to her, sister starlets at the Studio… yet were not ever her.  What did that mean?  That she was destined for a longer life?  A life beyond the age of thirty and a life beyond Marilyn?”

The novel does also, however, tap into Monroe’s occasional joy in performance and what Oates presents as the genius of that performance.  You feel that Oates loves her hapless and very sad protagonist– who could also be very funny, loving and insightful.  (Well, “hapless” may not be the word if it means luckless; Norma Jeane had the kind of incredibly good luck that turns out to be bad luck, I suppose.)  You really find yourself rooting for Norma Jeane, this girl from the L.A. orphanage with a completely crazy and abusive mother, to make it, to get to a place where she could achieve some sense of self-control and autonomy.  (Needless to say she does not quite get there.)