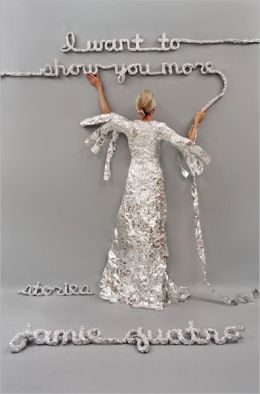 Jamie Quatro’s I Want to Show You More seems like the 2013 version of Ben Lerner’s hilarious & super-smart 2011 Leaving the Atocha Station: a first-book fiction breakout on a small press (Lerner’s was published by the really indie Coffee House press; Quarto’s is on Grove, so maybe not exactly the same thing) that gets rave reviews from James Wood in the New Yorker, the NY Times, and cascading ripples of underdog-new-author-loving accolades from that point on.

Quatro’s stories are really good.  They’re all set in the town of Lookout Mountain on the Georgia-Tennessee border, which on first blush sounds like a too-picturesque invented setting but turns out to be where Quatro actually lives.  (Her husband seems to be a business professor at the (Presbyterian) Covenant College in Lookout Mt.)

The one that seems to have received the most attention is “Decomposition: A Primer for Promiscuous Housewives.” This is a disconcertingly realist-allegorical account of a married woman’s adultery in which, following her confession to her husband and breaking off of the affair, her lover’s slowly decaying corpse manifests in the marital bed.  She zips up the body in a sleeping bag and hides it in an old playpen in the basement, disguised under piles of junk.  Finally she brings her husband down to look at the hidden corpse, which starts to scream at her and call her a whore.

My theory is that Quatro (who started but did not finish the PhD program in English at Princeton, specializing in British Romantic poetry) is drawing on George Meredith’s great 1862 sonnet sequence “Modern Love,” especially its famous section 2 in which the miserable, adulterous couple play “hiding the skeleton” in their performance of a happy marriage:

AT dinner she is hostess, I am host.

Went the feast ever cheerfuller? She keeps

The topic over intellectual deeps

In buoyancy afloat. They see no ghost.

With sparkling surface-eyes we ply the ball:

It is in truth a most contagious game;

HIDING THE SKELETON shall be its name.

But here ’s the greater wonder; in that we,

Enamor’d of our acting and our wits,

Shoot gayly o’er the dishes and the wine.

We waken envy of our happy lot.

There’s a new Yale UP edition of the poem (and a bunch of other Meredith poetry) reviewed (somewhat nastily to its editors) by Helen Vendler in a recent New Republic.

I Want to Show You More has various enjoyable & surprising things about it, including that it is (a) immersed in matters of religion; not only are many of its characters church-goers but several stories (like “the Anointing” and “Demolition”) are centrally about faith in different ways and (b) it’s unusually filthy/pervy by prestigious-short-story standards. In “Decomposition,” for example, one manifestation of the adulterous woman’s ill ease (with her lover in the basement) is that she “grow[s] desperate, watch[es] Asian breast massage how-to videos on YouTube with links to girl-on-girl porn.”  I wonder what the folks at Covenant College think of all this.

*Any relation to Suzi Quatro a.k.a. “Pinky” Tuscadero on Happy Days?  Weirdly conceivable but probably too good to be true.

Our love is alive, and so we begin

Foolishly laying our hearts on the table

Our love is a flame, burning within

Now and then firelight will catch us

I actually always thought it was “our love is a lie”… which I thought was kind of hard-hitting for that kind of song.