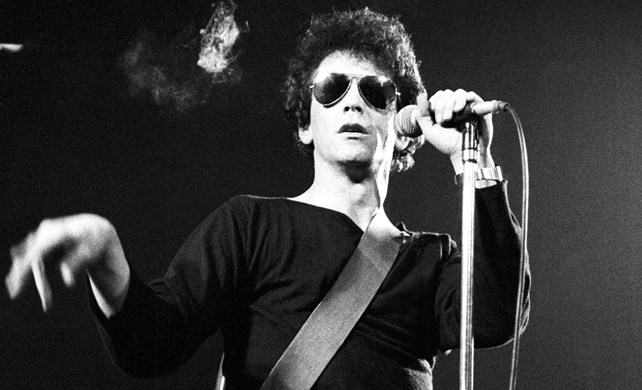 Excerpts from his 2010 Spin interview:

You’re so closely associated with New York. But you haven’t written explicitly about the city since —
I wrote a song for Cartier that you can download from my website. Have you heard that?

Yeah. “Power of the Heart.”
I did two songs for [2007’s] Nanking documentary: “Gravity” and “Safety Zone.” Have you heard those?

..You know, it’s funny. It’s making me think, like, if you were talking to Bill Burroughs, would you have said, “Now, Bill, they put together the new version of Naked Lunch. What do you think? Do you still feel the same way, Bill?” Can you imagine being put in a position where you’re trying to justify Naked Lunch? How are we supposed to answer that? You gotta be kidding me.

…Berlin has got this rap that it’s depressing. Are you joking me? You can’t handle it? You ever read Hamlet? Who are you talking to that’s so stupid? Are you joking? You’re kidding me.

Singing about gay life on albums like [1972’s] Transformer was definitely transgressive at the time. But now, playing with sexuality and gender is part of the mainstream. Do you feel like the center has come to you?
That’s truly a critic’s kind of question. I have absolutely no idea about anything.

Is that really true, though? Do you think your music has been something of a guide for people to learn about behavior they might not otherwise encounter?
[Reed stares and remains silent]

…This has nothing to do with music, so I don’t know why you’re asking, but fine.

…Everything affects the way I make music. I don’t understand what you want to know. I could say “yes.” Would that be better?

From what I understand, tai chi has a spiritual component as well as a physical one. Has that spiritual component found its way into your music?
It’s a really profound study. I couldn’t possibly sum it up for you. The problem is that I don’t think you know what you’re asking about. When you say tai chi, you’re just saying a generic thing like yoga. If you want to ask a question, you should know what you’re asking about, don’t you think?

…It’s hard to find a story about you that doesn’t mention your reputation as a difficult interview. Does that perception bother you?
You could judge for yourself, can’t you? You want me to comment about other critics as though they matter. You save this question for last? I don’t know why you brought it up, seeing as we got along fine. Unless I’m mistaken. What answer do you want?

I want to know how you feel about the way you might be perceived.
You’re talking about critics and journalists. Listen, you’re not talking about music. I don’t want to get into this stupid subject with you. You brought it up. You shouldn’t have. We had a good conversation, and now we’re done. You feel better now? Did you find your angle? Do you think you did a good job?

The question wasn’t a trick.
I didn’t think you were trying to trick anybody. This is the kind of shit you wanted all along, and you saved it for last. What should I say?

I’m not looking for any particular answer.
You could’ve talked music, but this is what you wanted.

Haven’t I been asking about music this whole time?
You’re not interested in music. We’re done talking.